We’ve been back home for two weeks, and I’m trying to get this post completed before the experience just turns into a mushy memory. I do need to hurry.

Well, what a trip indeed. Our first extended motorbike trip. We are still reflecting, thinking about our adventure, and adjusting to life back home.

We spent weeks planning the trip, route planning, lists and lists of what to bring, and who would bring what. We learned we can spend a lot of time planning, but that flexibility is more important, and not hold on too much to any pre-conceived ideas or plans for or about the trip.

For example, we thought, we would ride from Victoria to Missisippi… and back. 12,000 kms.

Once we got on the road, everything changed. The route we planned, well, very little of it was followed. The Anacortes ferry from Sidney, B.C. to Washington State, wasn’t running in March! The route based on that departure point well, went south. So, the alternate route was Victoria to Port Angeles Washington, staying on the coast. That was part of the plan, but we thought we would be heading east in northern California – to Reno. Again, the route had to change as the routes were freezing/with snow. Basically, I’m saying, that we really just had to roll with it, and take into account the weather mostly, and a bunch of other things as we went.

Once we got into the rhythm of things we found this kind of pattern worked the best: Travel 2-4 days, staying in motels, with a specific destination in mind. This allowed us to make some ground up, and then we would usually be camping and exploring a particular area. We didn’t start camping until we got to Death Valley, a two to three weeks into the trip, so it was motels and AirBnB’s until DV. Camping before this wasn’t practical; it was March, and Washington, Oregon, Northern California were too cold for camping, (for us, anyway). We also considered if we were approaching a weekend/spring break etc, when accommodations were harder to find and secure, the weather – whether camping was going to be comfortable or miserable…

On the trip towards home we were able to camp a bit more, as the weather was warming. Zion, Moab, North of Bend, then Nakusp. Same sort of patterns here, continuous travel for a few days, staying in motels, then stay put camping.

Others definitely travel further in a day than we; 400kms is a high average, but, that’s what worked for us. We like to get to places before dark, so we have some downtime; and we don’t rush in the mornings either. Steady state, as Lars says.

We really didn’t know what to expect with a big motorbike trip such as this. We have done a few smaller trips, but this was almost open ended, and the feel was quite a bit different.

To be honest, at the beginning, I wasn’t really liking travelling on the big bike. My other bike is an XT250, and 90% of my motorcycle travel had been accomplished with that little dirt bike. It did take a long time to get used to riding the NC700 at freeway speeds, and at some point, I really enjoyed the ease of the highway travel. It did come with a cost though. I had noted turbulence and noise issues earlier, and despite our efforts at trying different windscreens, deflectors, helmets and earplugs, it didn’t get resolved to any satisfaction. A souvenir for me, is tinnitus. Still some things to sort out there, but I’m confident something can be sorted out.

Anyway, we had to be flexible, and, while we did have a few bumpy days, overall, being flexible and not hanging on to anything too tightly, really made the travel a positive experience.

In Moab Utah, we experienced a fire in the campground one day, and a torrential downpour with thunder, lightning, hail and rains that were 6″ deep the next night! In regards to scenery, Utah and Nevada really knocked our socks off. The red rock of Utah, and the wide open desert landscapes, Hoover Dam in Nevada. Roads open, wide and empty. Truly amazing. The Butler maps really helped us plan the routes, and select amazing roads for the bikes.

This is the map we used to roughly plan our trip. The pink, if you can see it, is what we had planned. From Victoria, to Washington, Oregon, California, Nevada, New Mexico, Colorado, Texas, Louisiana, Mississippi.

The blue highlighter, is the route of what we actually accomplished. One half only. Victoria to Washington, Oregon, California, Nevada. Punctuated with a flight and a two week trip to New Orleans, Mississippi and the Gulf Coast; then returning to the bikes in Las Vegas and on to to Utah, and home via Nevada, Oregon, Washington and the Kootenays in B.C., and to Victoria via the Tsawassen – Nanaimo ferry.

The pink route was 12,000 kms. We travelled half the map by motorbike and that was 11,000 kms. We didn’t take into account any to-ing and fro-ing we would be doing during the trip. In Death Valley, for example, we were staying in Mesquite Spring Campground and needed to do errands, and get camp fuel. That took us to Pahrump, Nevada, which was 180kms one way. That was really expensive camp fuel, but we needed the fuel, and to do other errands as well. So, I don’t know how we would have managed riding all the way to Mississippi, and back.

We left on March 10, returned to Victoria on June 4, 2018. Out of this time, we spent two months “on the road” and the equivalent of one month “staying put”. This meant we travelled 11,400 kms in two months.

If you like numbers, this is how the bikes fared:

On the way we had some maintenance done in Las Vegas, at Carter Powersports. On Lars’ Versys, an oil change and both tires were replaced. For my NC700, just the rear tire. Have to say that service was just OK there. They were very busy, as there was some recall for the Polaris quads. On top of waiting there for five and a half hours for this work to be done, we found out once we got to Mead Lake, that the three tires had been over inflated to 55 psi, and the bolt that holds the front axle on Lars’ bike had not been tightened at all. They seem very service oriented, but, some quality control was lacking that day.

The only other mechanical to note, ironically, is a flat tire. On Lars’ Versys. No idea what caused the flat, but it was a very slow leak. I mentioned it to Lars in Nakusp, but it wasn’t until we left there, headed for Merritt that Lars checked the pressure. 16psi. Ooops. What to do in Lumby? So, we inflated the tire, and weighed options. As it was a slow leak, we could fill and ride… always nerve wracking, but we have had a bit of experience with flat tires. They haven’t blown up on us yet. Someone didn’t realize that the Ride-on tire sealant product sold at Gnarly Parts in Chilliwack, was actually on the way to the ferry. Someone else, suggested that we stop by on the way and pick some up. : /
Huge Shout Out to Gnarly Parts! They had the sealant, and let us use the service bay, to put the goo into the tire and helped get us on the road.

It sounds kind of ridiculous, but before setting out on a trip like this, we needed to be on the same page, both having an overall high level understanding of what we wanted to do, realistic understanding of expectations. As we travelled, we could talk about having some common understanding and approaches of dealing with the “what comes up”, whether it be a flat tire, or whatever. It wasn’t always easy, the constant travel was definitely work, and sometimes our misunderstandings were even harder. All good in the end, as we talk about our next adventure… Will keep you posted! 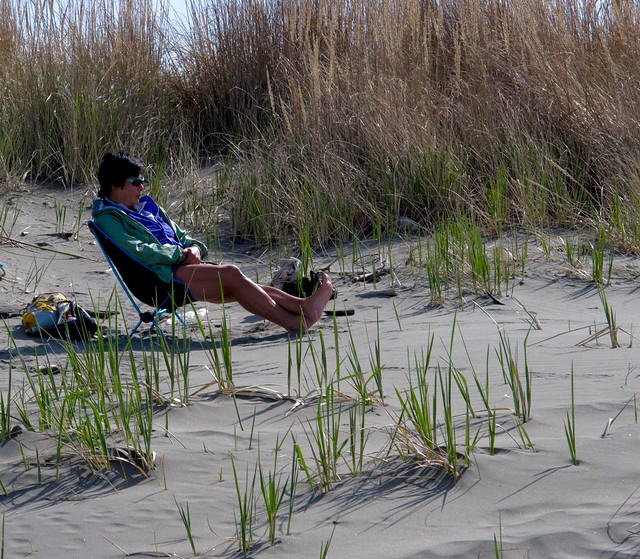